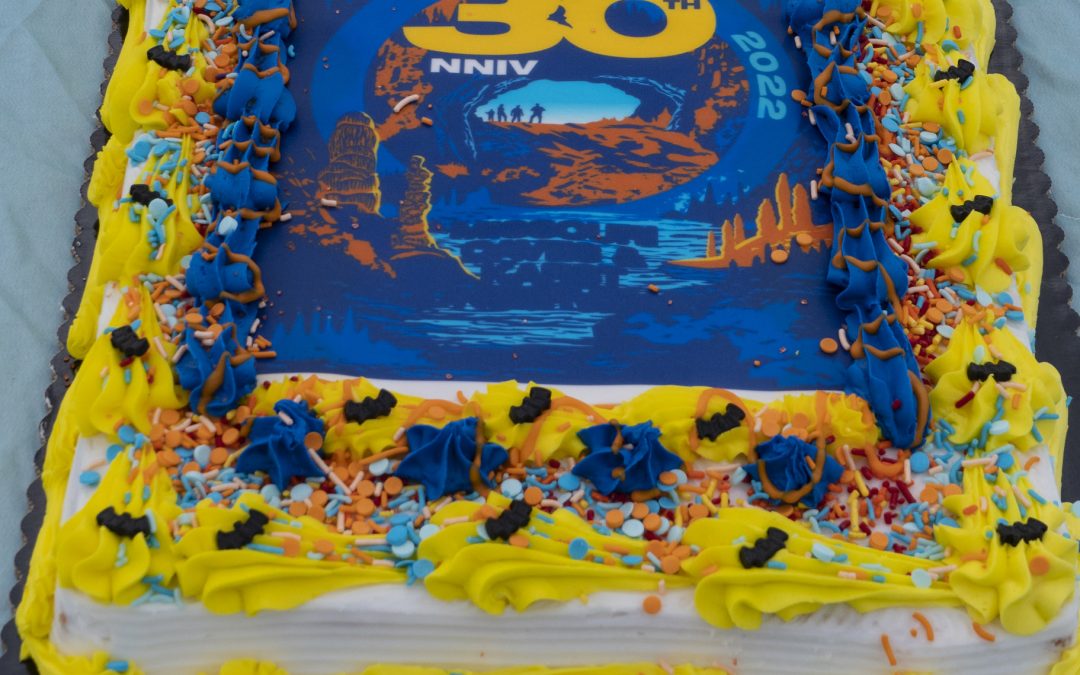 Saturday, I attended the MCKC’s 30th Anniversary at Carroll Cave where Alex Litsch, president of Missouri Cave and Karst Conservancy, and I signed the deed (PDF attached), donating the Carroll Cave Conservancy’s real estate to MCKC. This marks the end of my long involvement with the CCC but not my involvement and passion for Carroll!

I formed the CCC January 22, 1998 to open a backdoor into Carroll since the natural entrance had been closed by the owner. By November 2000 we had drilled a nine-inch pilot hole, 120 feet to the T-junction in Carroll. On July 28, 2002 at 3 minutes passed noon, I had the honor of jackhammering out the last few inches of rock and being the first person to enter Carroll thru the Backdoor! Since then, we have obtained seven acres of land and over 515 acres of cave rights around the shaft. Our surveyors have mapped over 21 miles of passage making Carroll the third longest cave in Missouri.

Thirty years ago, I was one of the founding members of MCKC and I am now happy to contribute to their effort of Preserving and Protecting Missouri’s Karst Resources.